AGNETA is a partnership between African countries and Germany. A scholarly network which links junior scientists from Africa with peers in Germany and else where.

he founded AGNETA in  2014 after receiving a Humboldt Alumni Prize, one of three such Awards given per year across the world for all disciplines, to promote innovative formats for multilateral acdemic cooperation with the aim of making a lasting impact on international scholarly and cultural exchange (multiplication effect). An essential mandate of the Award was the mobilisation and mentoring of young Phd holders from across African countries, in view of preparing them for successful grant applications in Germany. The symposium of July 2015 set the stage for this international initiative. More than 43 scholars and students (from Germany, Nigeria, Ghana, Tanzania and Cameroon) took part at the symposium.The post-symposium volume entitled: Academic Writing accross Disciplines in Africa: from students to experts will be published under the REAL Series in the department of English at TU Chemnitz, October 2016. This whole project has been generously funded by the Humbolt Foundation. I am grateful for the support of Prof. Dr Josef Shmied with whom I have had a very fruitful collaboration formaly beginning with my first Humboldt sponsorship in 2017, and informaly since 1999 when he came to Cameroon for a research trip. 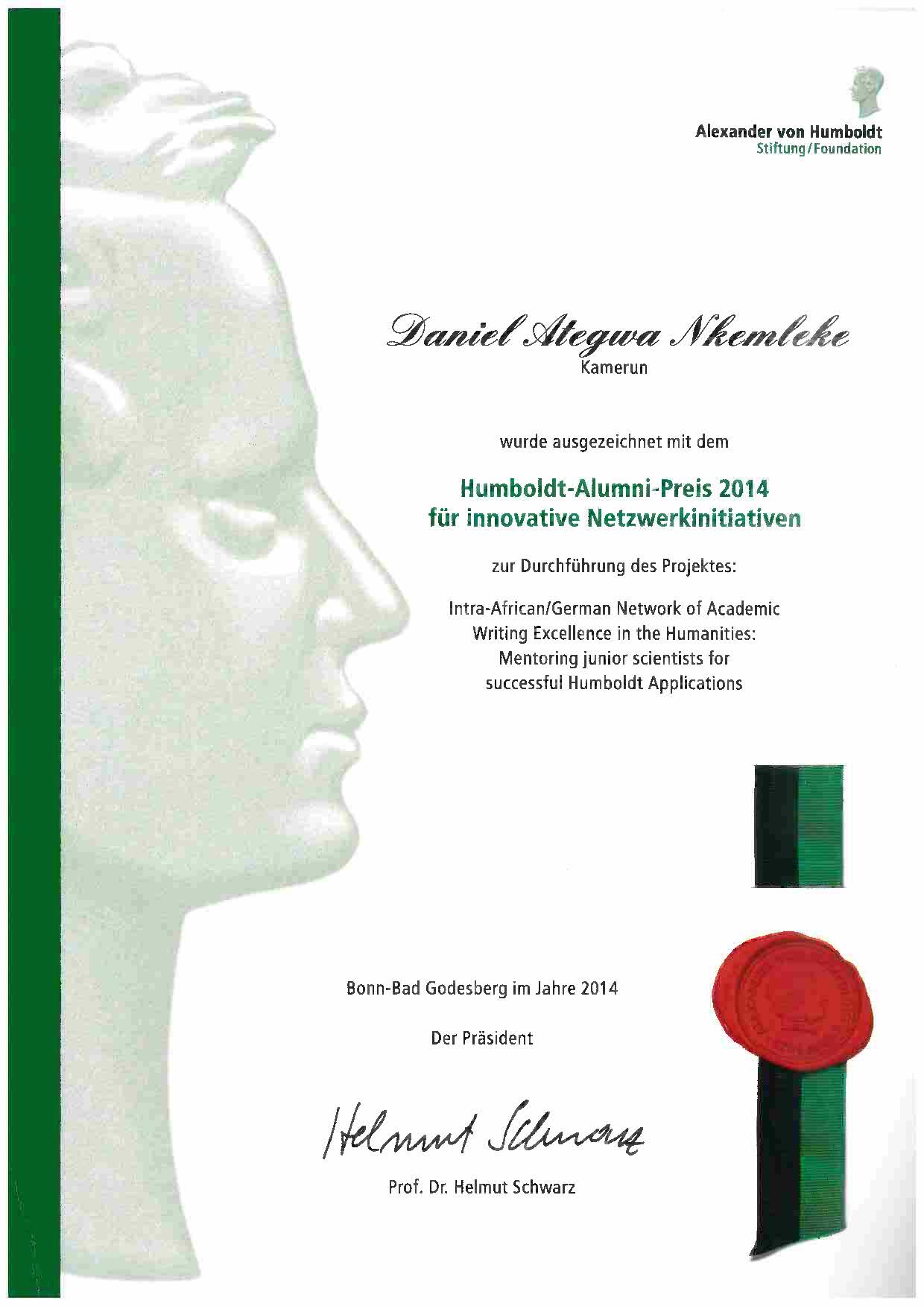